Add to Lightbox Download
Photograph by © Dan Callister
www.dancallister.com
Black Rock Harbor Light, also known as Fayerweather Island Light, is a lighthouse in Bridgeport, Connecticut, United States which stands on the south end of Fayerweather Island and marks the entrance to Black Rock Harbor. The first lighthouse at the site, built by Abisha Woodward under contract with the United States government, was a wooden tower that was lit and made operational by 1808. A storm destroyed the tower in 1821 and the current, stone lighthouse was erected in its place in 1823. The Black Rock Harbor Light was an active navigational aid until 1933 when it was replaced by two automatic lights offshore. The beacon was subsequently given to the City of Bridgeport in 1934. Two significant efforts during the 1980s and 1990s served to restore the aging tower and the light was relit as a non-navigational aid in 2000. Black Rock Lighthouse is listed as a contributing property for Bridgeport's Seaside Park historic district.
[Non-Exclusive]
[ Pictures]
**© DAN CALLISTER. FEE MUST BE AGREED BEFORE USAGE. NO WEB USAGE WITHOUT APPROVAL. ALL RIGHTS RESERVED**
Tel: +1 347 649 1755
Mob: +1 917 589 4976
E-mail: dan@dancallister.com
Web: www.dancallister.com
3149 41st St, #3rd Floor, Astoria, NY 11103 USA
Photograph by © DAN CALLISTER www.dancallister.com 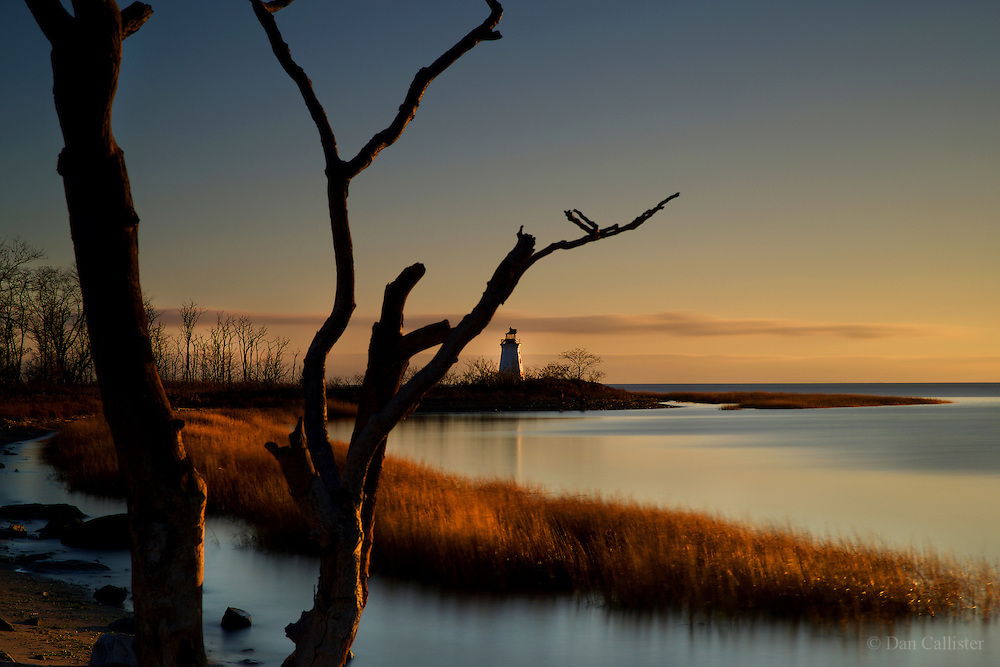