Add to Lightbox Download
Photograph by © Dan Callister
www.dancallister.com
Lee Ielpi was a firefighter for the city of New York. On Sept.11, 2001 Lee’s son, Jonathan, and his brethren from Squad 288 in Queens answered the alarm that went out right after the Towers were attacked. Like so many other brave men and women that day, he entered the South Tower to rescue those inside. He never made it out. Three months later, Lee, who spent nine months at the site helping recover the remains of the lost, removed the body of his beloved son from the Tower wreckage.
Since 9/11 he has worked tirelessly to bring comfort to people who lost loved ones during the terrorist attacks on our nation. With a handful of people he built an organization, September 11th Families Association, that provides counseling and support to those most affected by the events of Sept. 11, 2001. The group also provides scholarships in memory of the lost and works closely with the Medical Examiner’s office in identifying remains of 9/11 victims.
PICTURE SHOWS LEE IELPI AT THE WORLD TRADE CENTER
[Exclusive]
[ Pictures]
**© DAN CALLISTER. FEE MUST BE AGREED BEFORE USAGE. NO WEB USAGE WITHOUT APPROVAL. ALL RIGHTS RESERVED**
Tel: +1 347 649 1755
Mob: +1 917 589 4976
E-mail: dan@dancallister.com
Web: www.dancallister.com
3149 41st St, #3rd Floor, Astoria, NY 11103 USA
Photograph by © DAN CALLISTER www.dancallister.com 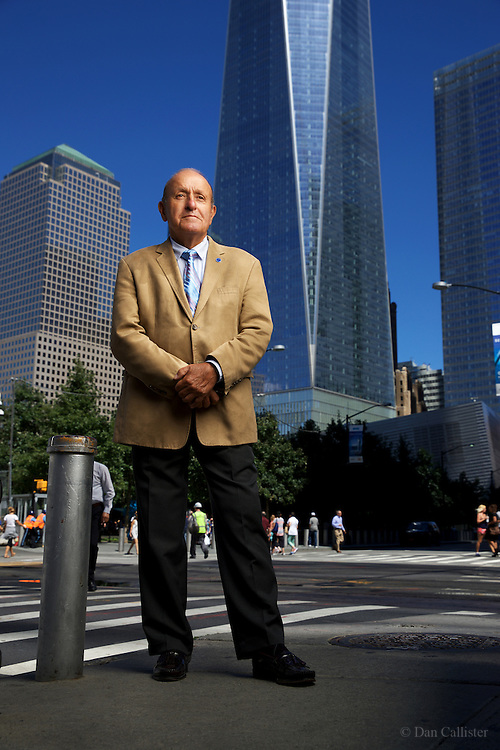